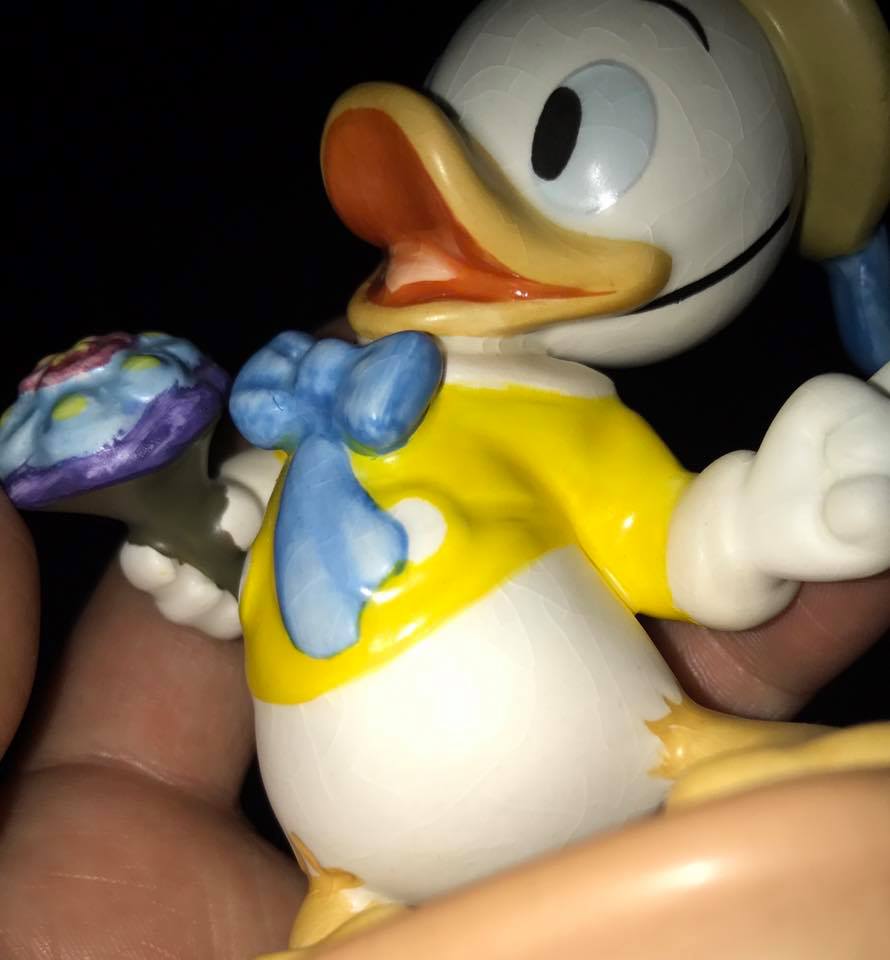 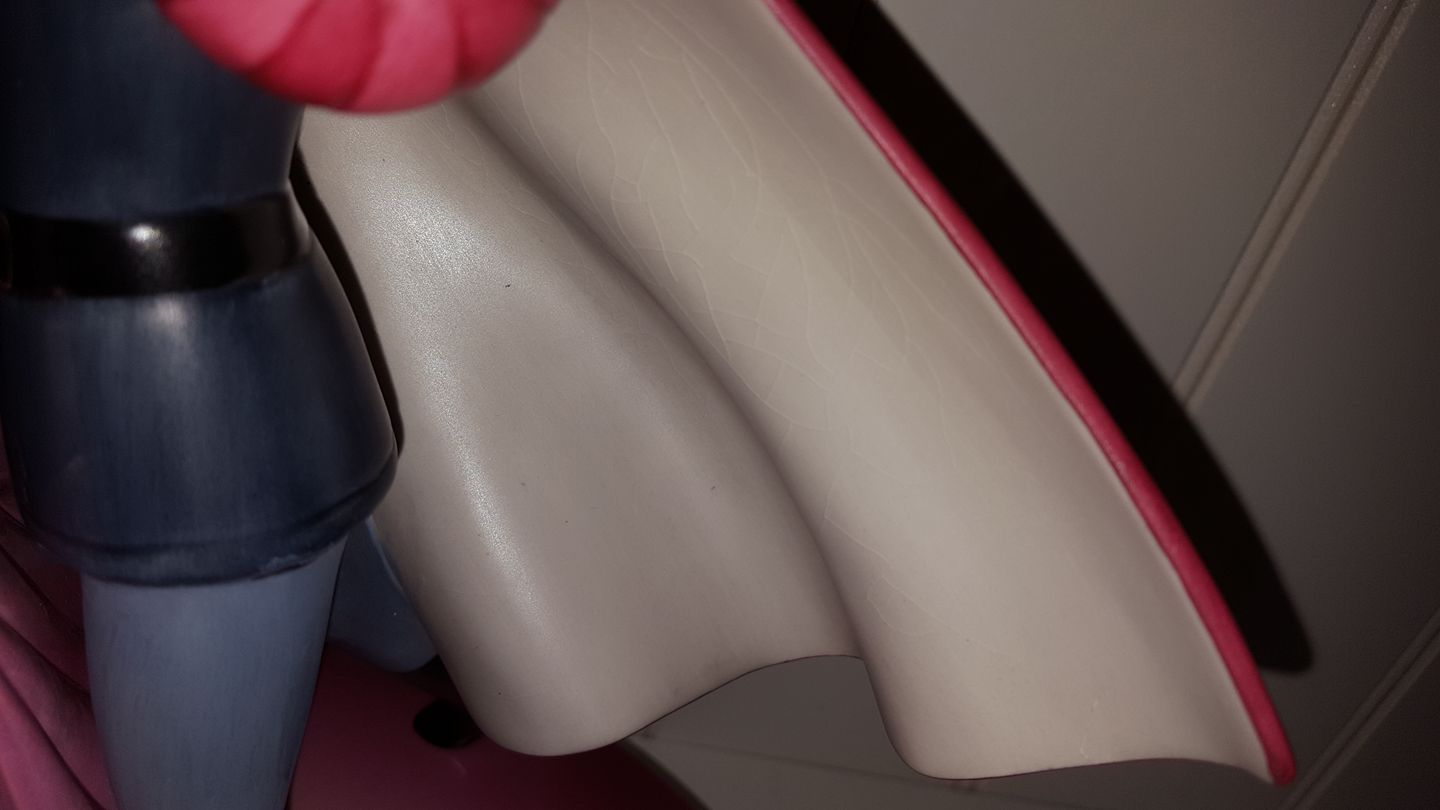 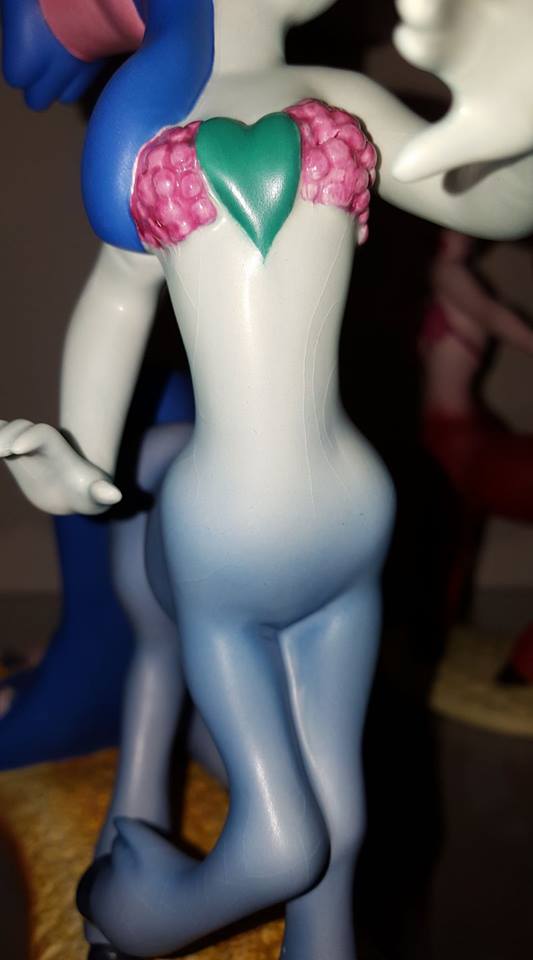 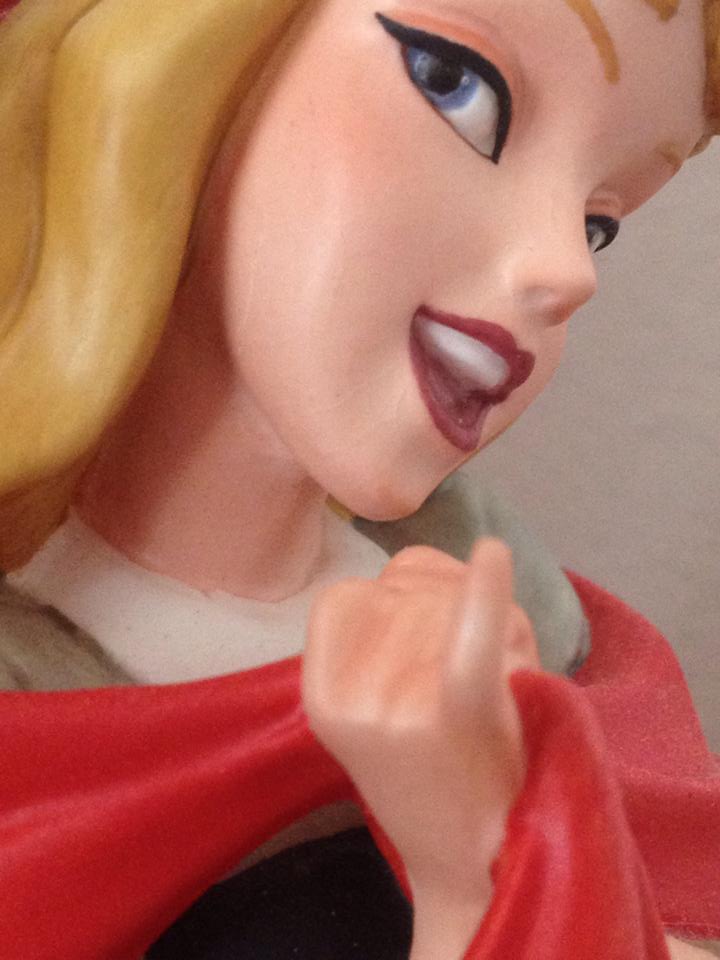 Crazing is the phenomenon that produces a network of fine lines on the surface of a material, for example in a glaze layer.

Characterised as a spider web pattern of cracks penetrating the glaze, it is caused by tensile stresses greater than the glaze is able to withstand. In pottery a distinction is often made between crazing, as an accidental defect, and crackle, when the same phenomenon, often strongly accentuated, is produced deliberately.

At first glance, many people don't even notice the signs of it especially if you are standing back a bit. If you look at the cape on the left, you can't really notice anything until you click on the photo.

Crazing happens INSIDE the glaze and is not detectable through touch. It starts during production when the clay sculpture and glaze cool at different rates. It can be found on virtually all types of glazed porcelain and is more common then expected.

Because the clay and glaze of a piece have different chemical compositions, they respond differently when heated in a kiln. Both the glaze and the clay will expand under heat, but they do so at different rates. When they cool they contract, again, at different rates. If the rates of contraction are too different, and the glaze contracts more or less than the clay, the glaze can crack under tension.

Most crazing occurs after the final firing of a piece, when the piece has cooled. However, some crazing occurs at other times, during changes of temperatures or if the piece is exposed to extreme weather. It manifests over time and can sometimes show up years and years after the date of creation.

'Crazing' or 'craze lines' are not cracks. Crazing effects only the shiny glaze on the porcelain, leaving it with a cracked appearance or what looks like tiny spider web vines. It typically does not detract much from the value of a piece unless the crazing is so severe that it over-shadows the scupture itself. Normal crazing is usually an acceptable characteristic found in older porcelain.